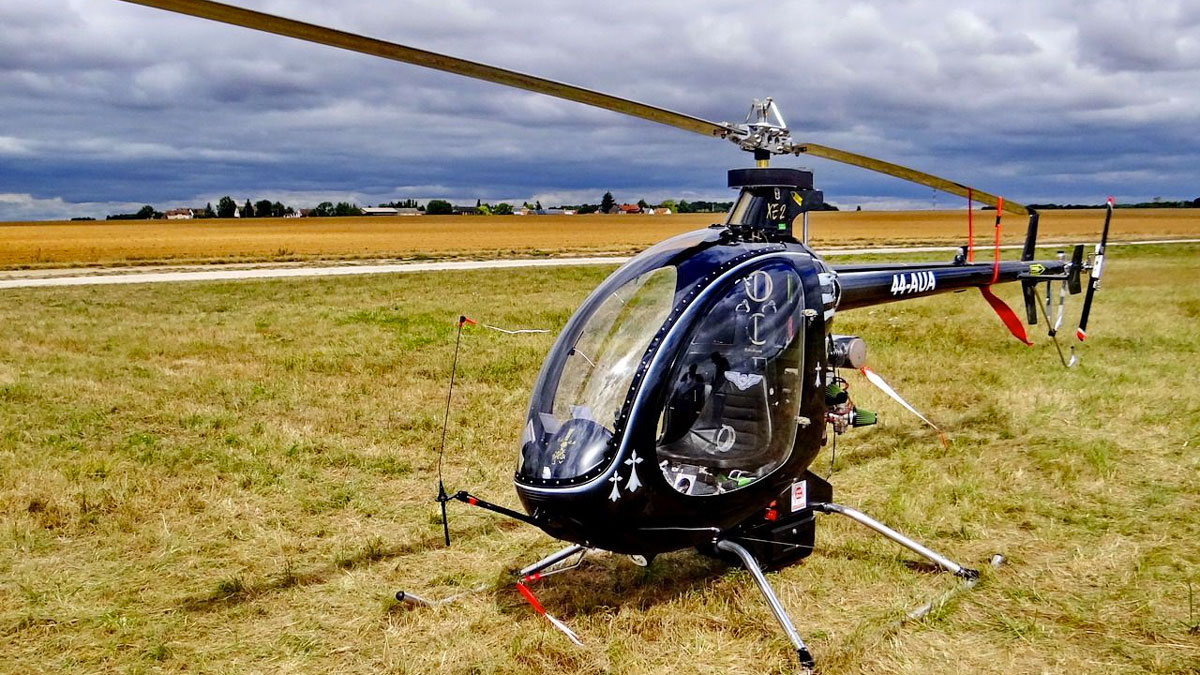 Composite FX's single seat helicopter is definitely the first mosquito I've ever seen that I don't want to squash between my hands, or watch fly right into a zapper. The company's XE line of Mosquito choppers is intended as an "affordable, high performance machine for helicopter enthusiasts."

In other words [cue music], "Who wants to join the helicopter joyride?"

Composite FX's original Mosquito is the plain XE, a light helicopter they say has exceptional auto-rotation capabilities and a strong tail rotor authority. You can check one out from the pilot's POV in the video above, dipping, curving, and coasting above somewhere with a whole lotta fields of green. It looks both exhilarating and peaceful for a sunny Saturday afternoon, but what I'd really like to see is a demo of the Mosquito flying its aviator from home in Naperville to work in downtown Chicago.

Another member of the XE family is the 285, a more robust Mosquito Composite FX calls the "workhorse" of the bunch. It's piston-powered, water-cooled, and oil- and fuel-injected, with a programmable ignition. The engine is 800cc, 85HP, with a fuel consumption rate of 6 gallons per hour so you can escape to skies farther away, and for longer.

Note: Mosquito single seat helicopters were developed pre-drone invasion. If you decide to pick yourself up a little XE for Christmas, try not to get mistaken for one in the wrong guy's, or government's, backyard.

Holy hovering vehicle of flight! It's the ZERO concept helicopter from Spanish helicopter thinker upper Hector del Amo. How does it work? How fast can it go? How far can it go? Is it safe? Who the hell knows?! Apparently...

TSA-approved! Well...maybe not their contents. But Aged & Ore's Bottle Flight, does pass muster in terms of the 3-ounce capacity of each container included in the boozy travel set.

Inside the Bottle Flight's zippered...

Wetsuit recommended, pilot's license optional*. FlyNano Proto, an electric, single-seat amalgam of a seabird and a seaplane, took its maiden voyages in Summer 2012. Now the Finnish company is working to develop its first...

Jetson calls their Jetson ONE "a commercially available personal electric aerial vehicle that you can own and fly." For our purposes, we'll call it a human-totin' drone...

Stuff to Keep in Your Car

Whether I'm in the car commuting or road tripping, driving or riding shotgun, there are certain items I like to have on hand on the off almost certain chance I get stuck in traffic...

Hey, here's a neat little toy for tooling around the friendly skies and hopefully not crashing when you come back down. Skycraft's SD-1 Minisport represents the first affordable consumer airplane (remember, as Einstein...

Tokyo-based Cocoa Motors refers to its forthcoming WalkCar personal transporter as "the world's smallest car," and a "laptop-sized super car," and are you thinking what I'm thinking? Was something lost in translation...

While I know my life would be forever changed had I XploreAir's flying bicycle, the Paravelo, during my fuming battles with city gridlocks and local Department of Transportation personnel who were almost certainly collectively...

For all the Sam Flynns out there who need more exercise, you'll soon be able to trade in your electric Light Cycles for pedal-powered Cyclotrons on your joyrides and daily commutes. The self-described "Future of Cycling"...