Text on the Beach: Top 10 Summer Reads for Dudes 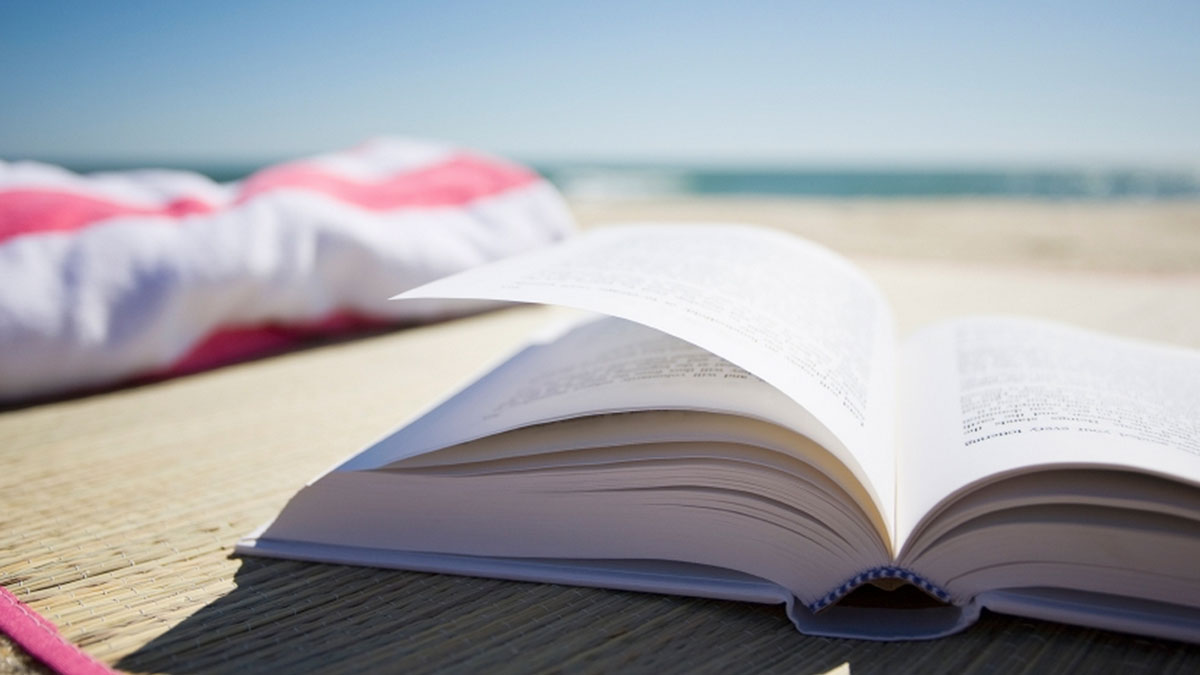 I find it difficult to read when watching movies or TV are also options, and anymore that's pretty much always the case. Still, the urge to look at words rather than look at people speaking them overtakes me every now and then. Especially on planes or at the pool after my tablet's battery goes all dead. So I've compiled this list for you dudes who also appreciate a good story, good advice, and good looks at photos of voluptuous ladies' boobs from time to time too. Here's my list of the Top 10 Summer Reads for Dudes. (Note: All items' prices are listed as they were at printing. Prices are subject to change.)

I Am Pilgrim: A Thriller by Terry Hayes. $11. Admittedly, I haven't read this book yet. However, I Am Pilgrim has gotten quite a bit of critical and popular acclaim, with 3,000+ Amazon reviews awarding it 4.5 stars. Pilgrim is a retired CIA operative who unwittingly gets drawn into the biggest case of his life. A murder in New York. A beheading in Saudi Arabia. A biotech expert found with his eyes gouged out in Damascus. Human remains smoldering in Afghanistan. All are connected and part of a "flawless plot to commit an appalling crime against humanity."

The Kingkiller Chronicles: The Name of the Wind and The Wise Man's Fear by Patrick Rothfuss. $8. A 3-part series (still waiting for book #3) about a kid who grows up to be the most notorious magician in the world. Fantasy in the vein of LoTR and Game of Thrones, but with the epic tale told through the protagonist's own eyes.

American MaleWhore in Tokyo: The Great White Host by Rowen Boozewell. $16. A 33-year-old dude who still lives at home [and what the hell is wrong with that?!] finds the title to his mama's car, sells its behind her back, and heads East to conquer Japan's male host system. Which basically entails getting paid to get drunk and hit on chicks. A light, fictional take on a real and bizarre industry thriving in the Land of the Rising Sun. For mature audiences only.

Ugly Americans: The True Story of the Ivy League Cowboys Who Raided the Asian Markets for Millions by Ben Mezrich. $11. And speaking of Japan, here's a bit of nonfiction (that reads a lot like a novel) about a group of dudes who also ventured to Asia, but to conquer the nation's Nikkei index rather than its vaginas. Spoiler: They conquer a lot of vaginas too. Author Mezrich also wrote Bringing Down the House, the book/movie about a club of MIT students who made millions counting cards in Vegas.

The 48 Laws of Power by Robert Greene. $12. A guide to modern manipulation. It's not nice, and it's not fair, but if you don't mind being conniving, underhanded, and back stabbing to get ahead in the world, Greene's advice pretty much works without fail. Laws of Power is for "anyone who wants power, watches power, or wants to arm themselves against power."

Codex Seriphinianus by Luigi Serafini. $80. First published in 1981, the radically strange and unparalleled Codex took Italian architect, illustrator, and industrial designer Serafini 2-1/2 years to complete. What is it? Aside from floating in the general sphere of "art" no one really knows. The nearly 400-page book's illustrations are as inexplicable as the unknown language that accompanies them. Though trying to decipher the Codex Seraphinianus has long been an exercise in futility, you'll probably still find browsing its pages oddly captivating.

The Big Book of Breasts 3D by Dian Hanson. $33. Maybe more of a bedroom read than a beach read. Hanson's photographic journey through the magical world of giant jugs inspires even more awe when viewed through the book's included anaglyph glasses.

The Star Wars Vaults by Daniel Wallace. $60 to $125. Mechanical vaults open to reveal the histories and secrets of the galaxy's best and worst. Go to the Light with The Jedi Path: A Manual for Students of the Force, veer to the Dark Side with Book of Sith: Secrets from the Dark Side, or learn the solitary and thankless ways of a bounty hunter with The Bounty Hunter Code: From the Files of Boba Fett.

East of Eden by John Steinbeck. $8. Of all the books deemed "classics" and therefore forced upon me in high school English class, East of Eden is by far my favorite. It might even be the only one I ever finished. East of Eden's pages are plentiful (600+) and Steinbeck keeps them thick with family bonds, poisonous relationships, and vicious betrayals as generations of the Trasks and the Hamiltons repeatedly live out the curse of Adam and Eve, and the damning rivalry of Cain and Abel.

If by "100 Challenging Novels Scratch Off Chart," you mean 100 novels that are difficult for a dude of average IQ - OK, maybe slightly below average IQ according to the free online IQ test - to read and understand, then...

The Disaster Novelist: The 10 Worst Books Ever Written

No, smug smarty pants, I haven't read every book ever written, so I can't say with absolute authority that these are the 10 worst books ever written. But I, along with hundreds of your peers reviewing them on fine online...

People I Want to Punch in the Face

A comprehensive collection of people you want to punch in the face. This is the little black book anyone can fill. In fact, it would probably be a good idea to order a few Rude Books, 'cause you know you're gonna want...

I don't know what I like better about this hanging bookshelf: it's simple, innovative design, and the ease with which you can use it to decorate a wall; or that it was created by a husband and wife team named Agusta and...

The lowest frequency noise a human ear can detect: a mouse. The highest: Mariah Carey. At least according to one points-for-creativity-deserving test taker included in F in Exams: The Very Best Totally Wrong Test Answers...

Kiddie classic Pat the Bunny has been zombified. Pat the Zombie is a morbid adult spoof on the revered literary tome that famously commands children to touch it, scratch it, sniff it, and put it in your mouth. Only this...

The best coffee table books for men cover all of our favorite topics. Booze. Cars. Boobies. Star Wars. No need to complicate things, or pander to anyone else when it comes to decorating your bachelor pad...or the one...

The Book of Unusual Knowledge

Did you know peeing on a jellyfish sting will ease the pain? I didn't learn that from The Book of Unusual Knowledge. Because it's not a piece of unusual knowledge. It's a lie. Tested and proven several years ago by yours...

Do You Want To Play With My Balls?

Do You Want to Play with My Balls? The question has Amazon reviewers riled up. Some are riled up because they're sooooo offended that someone would turn satirical sexual innuendo into a children's book, particularly one...

Am I Overthinking This?

If you have to ask, "Am I overthinking this?" the answer is probably yes, but in lieu of people who chastise or roll their eyes at you for it, now you can get a book called Am I Overthinking This? and explore over-answers...

C is for Chafing

I haven't read C is for Chafing, but based on the cover, illustrator Eric Cash deserves all the credit for its success as a parody alphabet book for runners and their kids. Look at the face on that cover child! He nailed...