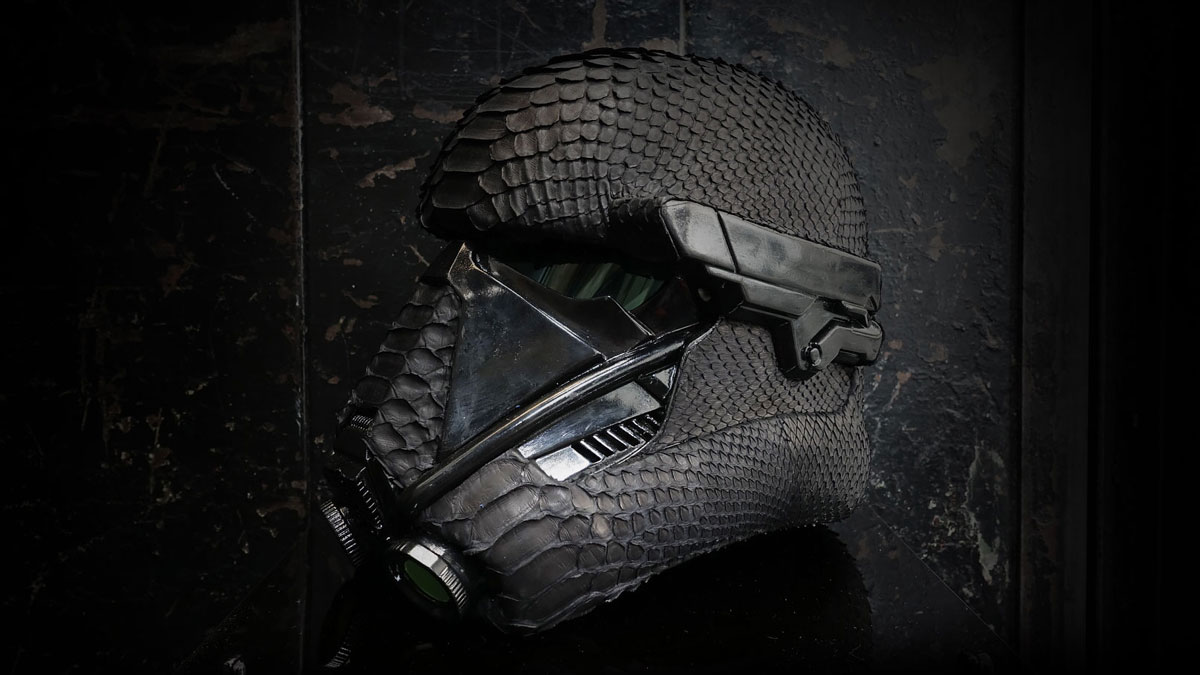 $3k
from ELEMNT »
Check It Out

I think this python skin Death Trooper Helmet solidifies maker ELEMNT's position on Team Dark Side. Their first snaked-out Star Wars replica payed homage to Darth Vader, and was shaped around one of the 1,200 collector's edition helmets Disney made with the mold used to cast the Dark Lord's helmets in the original Star Wars series.

For python Star Wars, version Death Trooper, ELEMNT used the original Death Trooper helmet designed for Rogue One and, like before, has made just one piece. It shows off all of the mold's details, including dents and abrasions, through the snakeskin, and you can sport it as a functional piece of headwear if you've got somewhere appropriate to wear it to. I'm thinking black tie event. Or summer wedding. Well. As long as it's indoors and air conditioned.

The reptilian Death Trooper Helmet also comes with a clear display case and black base in case you prefer to show it off on your table or desktop rather than your head.

Sadly, this bodysuit covers more skin than the TRON corset, but since it's made out of stretch fabric instead of 12-gauge plastic, it does allow for increased mobility during re-enactments of the movie's action sequences...

It's The Brotherhood of Evil Mutants' most famous defector in living, non-Anna-Paquin form! This milliskin Rogue jumpsuit is made to order in your choice of kotobukiya with green details, classic with black details, and...

Who wants to beta test Skully's forthcoming heads up display motorcycle helmet? All you have to do is slide it on (or if you're me, shoe horn your melon head into it), launch its Synapse-integrated HUD system brimming...