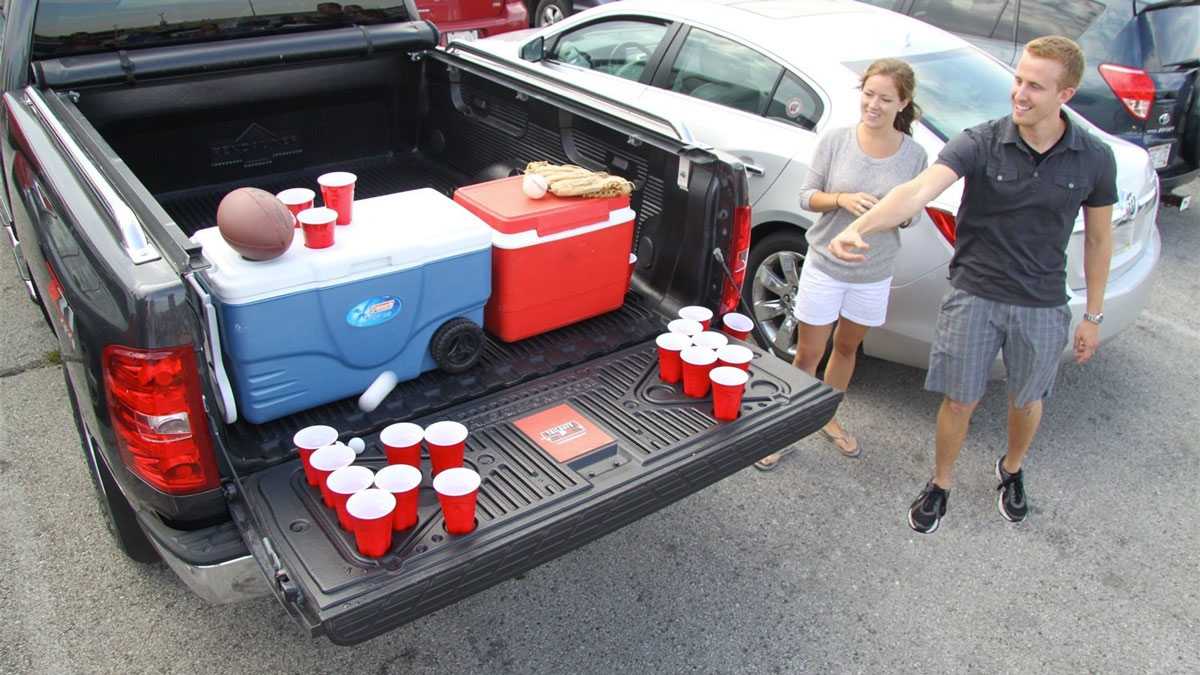 They say Penda C86-TPX Tailgate Pong is the second best thing you can do when you park your truck.

Tailgate Beer Pong redefines the tailgate party, bringing the celebration not just to parking lots before the big game, but anywhere you have a Ford F150 truck tailgate. Penda C86-TPX Tailgate Pong affixes to the bed doors of all F150s year 2004 and later, installing in less than 10 minutes as a replacement for other formed tailgates or over most spray-on coatings. The game is made of heavy duty HDPE so it still performs like a "truck part" when you're not playing beer pong.

Dometic MoBar. It's short for Domestic Mother's Bar, but they changed the name so dads and dudes will want to use it. No, that's not it. OK, they changed it so it wouldn't be so obvious how bad domestic mothers need a...

When people ask me if I want to go snowshoeing I always say no because this activity usually involves walking. Often up a steep slope. In the snow. It's cold, labor-intensive, and there are no Playmates wearing nothing...

If you're in the market for a new ride, hemming and hawing over whether to get a Dodge Ram or a Ford F-150, I'm afraid I'm about to throw a wrench the size of a tank into your deliberation process. Say hello to, and then...

eleMMent Palazzo, Bran Ferren sees your land yacht, and raises you 1 terrestrial spaceship. He calls it the KiraVan, after his daughter...

Sometimes I like vintage. Well, vintage aesthetics. Not really vintage functionality. Or the thought of being in my strapping manly prime when now-vintage things were in theirs. Typewriters. Cool to look at. Not cool...