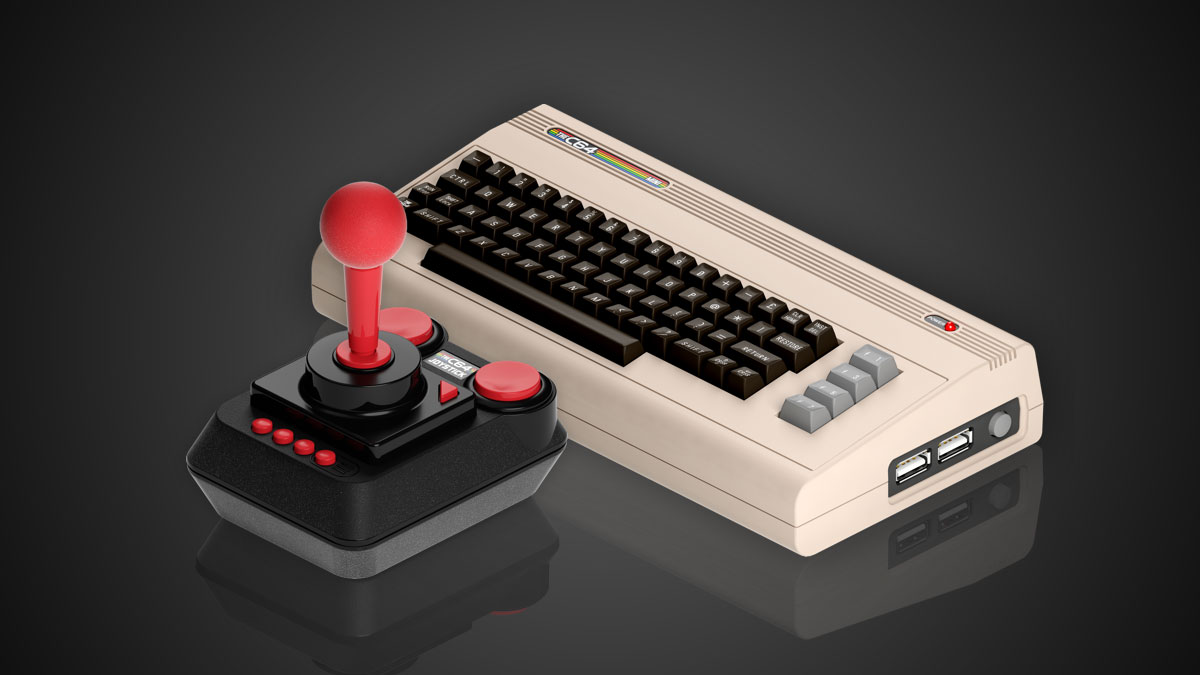 THEC64 Mini puts tech-nostalgia in the palm of your hand. Who was around when the Commodore 64 launched in 1982? Playing some Lode Runner after school with some Shark Bite fruit snacks and a Capri Sun? Ahhh, gone are the days... Like the Super NES Classic, THE C64 Mini will tug at the heart strings of gamers who miss their retro consoles with a perfect 50% scale replica of the highest-selling home computer of all time.

THEC64 Mini will come with a classic joystick and 64 built-in games, plus high-def output courtesy of 21st century HDMI. Plug it into any TV and fire up the Uridium, Paradroid, Hawkeye, Nebulus, or Monty Mole. Commodore Jr. will also have a pair of USB ports so you can plug in a keyboard, dust off your BASIC skills, and use it as a fully functional home computer. Or add a second joystick for 2-player games.

THEC64 Mini is scheduled for an early 2018 release. THEC64 hopes to have a full-size, fully functional Commodore 64 available in 2018 as well.

All of the coolness, none of the coolant. This Retro Coca-Cola Vending Machine Storage Cabinet provides nostalgics with the best of both worlds, bringing the classic aesthetic of Coke brand vending machines of the 50s...

While the Nokia 6310 has always been a brick phone rather than a flip phone - and you know how I love me some flip phones - Nokia's 2021 upgraded rerelease of this mobile classic still sends my heart aflutter. Dudes...

When you spill your Coca-Cola, clean it up with...more Coca-Cola! Yuk, yuk, yuk. This Coca-Cola Vending Machine Paper Towel Holder is fronted by a 1950s-era Coke dispenser that would make the perfect nostalgic gift for...