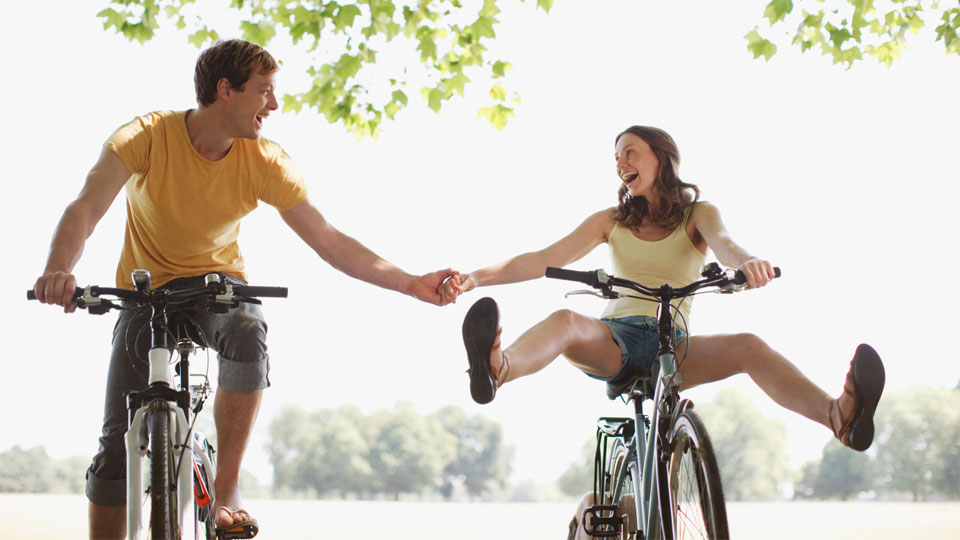 A heads up to politicians and city planners: stop wasting your money on bike lanes, tax incentives, and PSA campaigns. All you need do to persuade your constituents to trade in cars for bicycles on their morning commute is start handing out vibrating bike seats. Even if only half the population finds them...sensational...I'd imagine the other half would skinsuit up and joyride along just to be...along for the joyride.

Ladies, they say you always feel better after exercising, and it pretty much goes without saying that you always feel better after very low trunk rapid muscle spasming, so an O while pedaling? Gotta be almost as delightful as an O while yawning. A vibrating bike seat just might be the key to true contentment in your life. And if you're already content, why not aim higher? Sit down, buzz it up, and go for perpetual ecstasy.

Just, uh, be sure to keep your eyes open.

According to SexShop 360, these seats bring pleasurable stimulation to both men and women, so I also found and included the above photo of a guy who looks like he might be using one.

Don't just simulate them in a Jet Bed, realize your aero-fantasies with the Luxury Mile High Club Experience. Wish.co.uk, peddlers of myriad activities intended to prevent life and its inhabitants from becoming boring...

18 Nice Gifts for the Naughty (NSFW)

And by "nice gifts," I mean "sexy gifts," and by "naughty," I mean...you and yours, dudes and ladies! All of yours. Some assless yoga pants for your girlfriend. A spiraling male masturbator for your single brother. A...

Though it's not electric or piston-powered...or Japanese...like this friendly sex toy, the LaunchPAD does employ advanced technology in a valiant effort to enhance Man's alone time. The makers of male masturbatory aid...

Remember that one time you let some chick drag you to hot yoga because she too was hot and you wanted to see her do bendy things in spandex pants, but then you ended up spending the whole class lying on your back trying...

In a bad situation, I think I'd say the same thing about seeing Assless Yoga Pants as I would about seeing Superman: Here they come to save the daaaaay!...

The Brompton A Line Folding Bike has nailed it. That's exactly what I want to do at work all day too: curl up in the fetal position under my desk until it's time to go home. At which point I will unfurl like a beautiful...