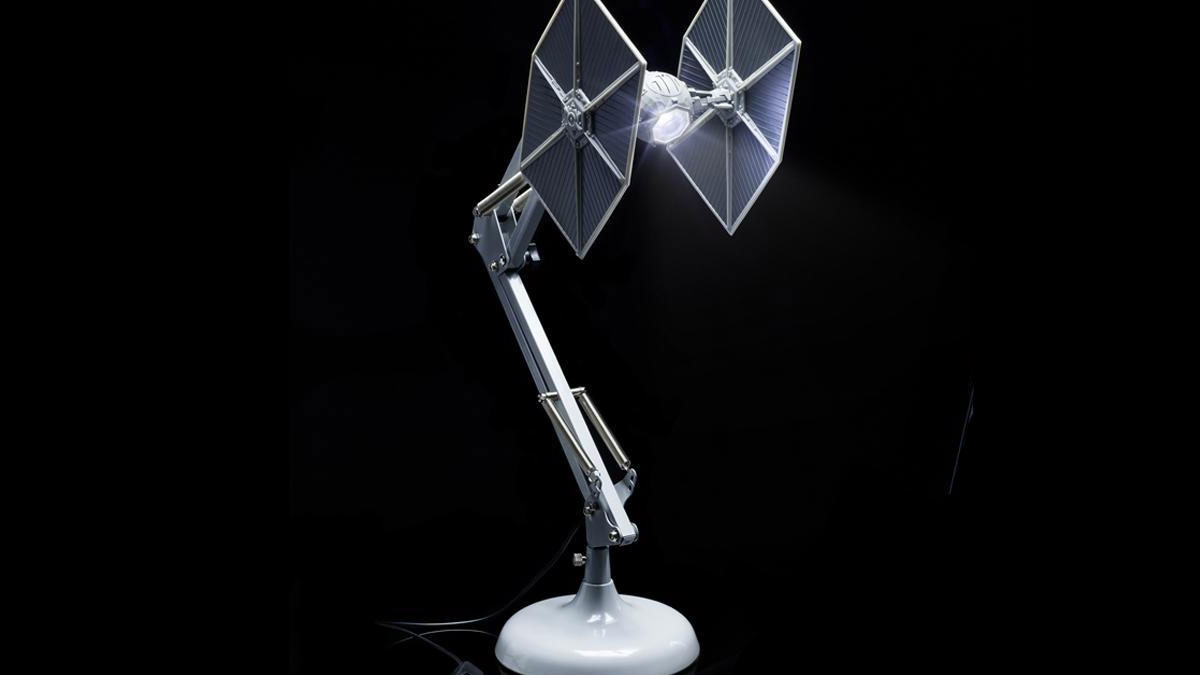 The Rebels hacked into the Empire's TIE Fighter production line and programmed a whole series of the starfighters to fly with maneuverability and flight ranges so limited an X-Wing could take them down with a single, lazy shot. The Empire had two choices: 1) Decommission them; or 2) Turn them into TIE Fighter desk lamps. Able to angle up and down, and travel a distance of just under 24".

The TIE Fighter posable desk lamp is based on an Anglepoise lamp design. The starfighter encases a spotlight at the top, and extends into a triple-jointed metal arm and base that allow for focusing the light wherever you need it. The "Tie Lighter" is USB-powered. A new, officially licensed Star Wars release, the lamp would make a swell Star Wars gift and sendoff to any fanboys or fangirls you know going off to college this year.

I know the Mandalorian Playing Cards are named after The Mandalorian and all, but really? Grogu isn't the character theory11 picked for the King? Is Migs Mayfeld at least the Joker?...

Reminding people of vomit has always been a good way to get them to brush their teeth, but it goes a little differently when the Puking Grogu, a 3D-printed Baby Yoda toothpaste topper comes into play. Whereas normally...