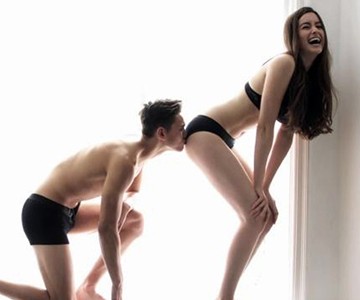 Leave it to the Brits to class up farts and poots. And also to create a solution that spares those who didn't just drop a silent stink bomb from inhaling the fumes released by the one who did. Shreddies is a line of men's and women's underwear designed to neutralize the odors of flatulence.

Sold as men's boxer and hipster briefs, and ladies' bikini and hi-waisted briefs, Shreddies fend off the assault of gaseous torturers of the nose with Zorflex activated carbon panels--the same used in chemical warfare suits--that run along underwear-ers' bunghole region. Panels are highly porous, and therefore able to trap the perfumey goodness of that extra chili dog for disarming before it can storm the olfactory senses of anyone within a 20' radius.

Shreddies regain their odor-eliminating powers anew each time they're washed, ensuring even the foulest of the flatulent can abide by the Shreddies motto, and "Fart with confidence."

Farts a little on the wet side? Like, you think you farted, but an unbiased third party might assess that you've shat your pants? No worries, dude, Shreddies has your ass covered too. Check out their Incontinence underwear line.

Schweddy balls begone! Boxerkilts are boxer briefs whose front skirt flap takes the place of the traditional C&B pouch, allowing for, if Boxerkilt is to be believed, 100% airflow to and through your stifled junk. The...

ABananaCover might not be as sexy as a banana hammock, but these naked feeling boxer briefs sure look a helluva lot more comfortable 'round back than the flossy fabric of a thong wedged between my butt cheeks. And made...

Although these personalized name or message thong underwear are super...duper...sexy, I could never ask my wife, She-Ra: Princess of Power, to place a chain link g-string between her cheeks. I mean, eek. Talk about a...

Did you get drunk and pee your pants last night? Did you throw your panties on stage during the New Year's Eve Super Diamond Neil Diamond cover band show? Did you sneak out of the bed you woke up in at 5:00 a.m. and leave...

Last month this a-hole at my office left a box of Edible Anus chocolates on my desk with a note that said, "I saw these and thought of your face." Now everyone at work calls me Buttmuncher. Like we're 12! So for next...