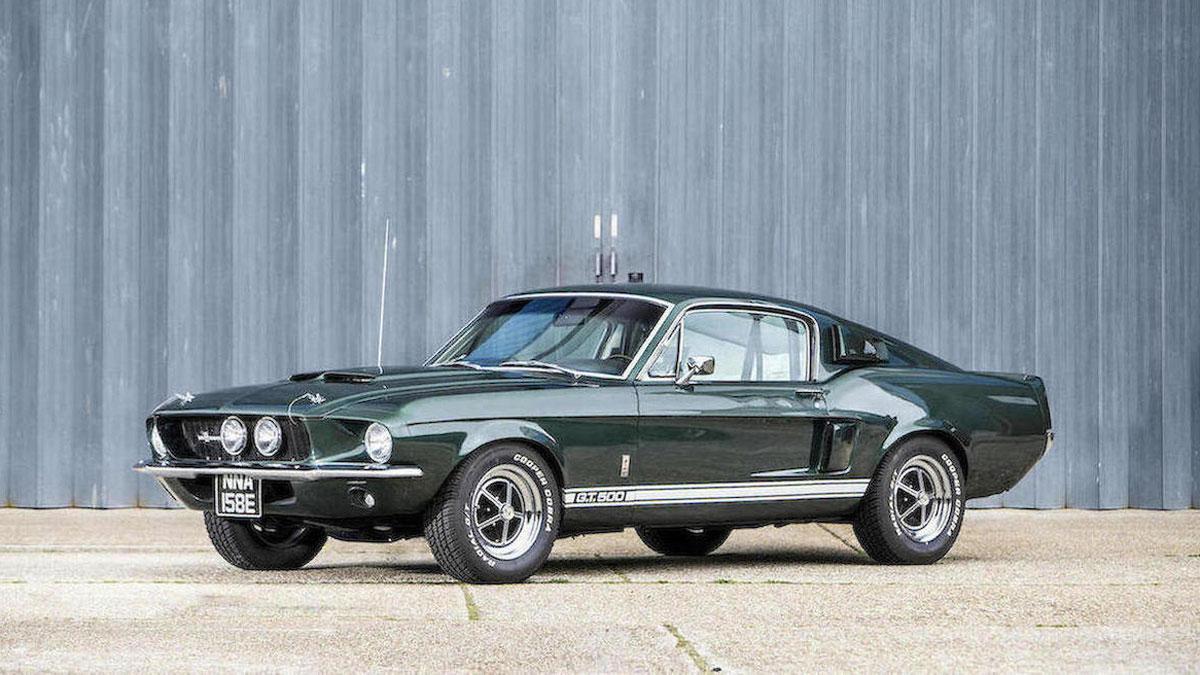 This 1967 Ford Shelby Mustang GT500 Fastback Coupe has a pretty specific rarity: it is one of only 11 Shelby American "Engineering" company cars produced in 1967. If you're a real muscle car guy, those stats might be awe-inspiring. They were awe-inspiring to at least one collector, who paid over $130,000 for it last week at auction. To me the distinctions are just a bunch of egghead words and numbers. But the GT500 itself, its near-perfect restoration and continued roadworthiness, that's pretty sick.

Carroll Shelby began manufacturing modified Mustangs in the mid-1960s, and completed this particularl model, chassis #0425, in 1967. It served as a Shelby American company car, one of only 59 with that designation in '67, and one of just 11 that were bestowed the "Engineering" title. It has inboard headlights, a 4-speed manual gearbox, and a very low 52,000 miles on its odometer.

In the mid-1980s the GT500 0425's owner commissioned a full body and mechanical restoration. Additional maintenance and rehab from a later owner has kept the car on the road for nearly 50 years. It currently features:

Designed and manufactured in the USA. That's the battle cry of the 2014 EQUUS BASS770, a contemporary nod to American muscle cars of the 60s and 70s. It's also probably the reason for its starting price tag of $250 grand...

For a million bucks you'd think they could've gotten a couple shots of this replica Batman Tumbler somewhere nicer than a slab of cracked pavement with weeds growing up through it. And what are those in the background...

Lazareth's Wazuma V8F Matte Edition combines the best of the Germans with the best of the Italians: it's simple, efficient, and knows the most awesome rides in life are experienced at varying degrees approaching horizontal...

You've heard the term "wire money," but Conty Fonane's 1967 Ford Mustang GT500 here is some real Wire. Money. Unlike anything I've ever seen or heard of before. The Lesotho-born, South Africa-based artist bends and winds...

The 50th Anniversary Lamborghini Edition impec is the bike P. Diddy or Kanye West would buy if they took up cycling. Which is to say if they learned to ride a bicycle. Oh the comedy that would ensue the first time Puffy...

Regular diesel, kerosene, paraffin, or biodiesel can now take you from 0 to 60 in 3.7 seconds. Meet the Trident Iceni Magna diesel sports car. It can also top out at speeds of over 190 mph. And its 6.6-liter turbo diesel...

Trion's Nemesis RR is a 100% American-made supercar with 100% American elite status--just 50 standard, plus 9 Black Ops models will be produced--and a 100% American price tag. Estimates start at the million dollar mark...

Sorry, dudes, someone has already claimed the one and only La Voiture Noire Bugatti plans to produce. But there's good (OK, bittersweet) news too: the "Bugatti enthusiast" who made the purchase handed over $19 million...

Car buffs, meet AutoBuff. Actually, any car, truck, or SUV owner who'd like to give their vehicle back that showroom shine it began losing along with its retail value the moment you drove it off the lot, meet AutoBuff...