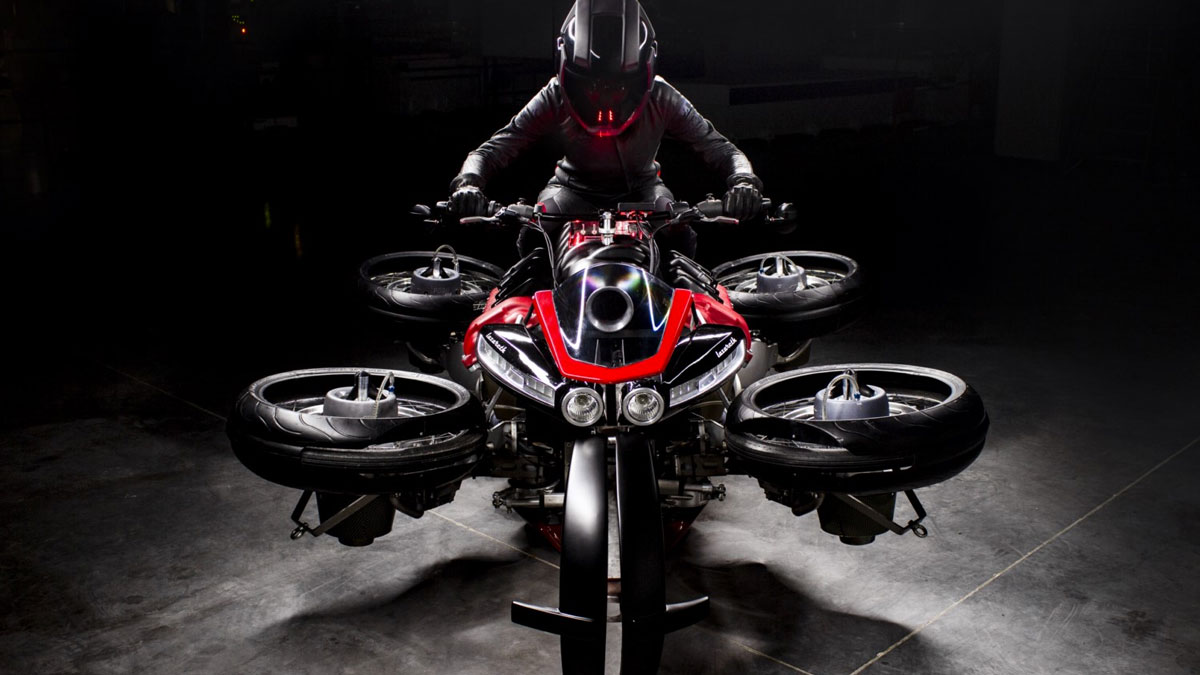 Bienvenue to La Moto Volante. Lazareth's design for their flying motorcycle isn't just a concept, or the execution a one-off digging for some viral attention, either. The French custom bike (and other cool stuff) builder is producing 5 of their LMV496 motorcycles that volante, and will sell one to any of you dudes, at a price upwards of $550K.

Remember these hoverbikes? An LMV496 is way, way better. In addition to looking much sexier, this bike functions as both a road-ready electric motorcycle, and a vehicle of flight. The transformation process, wherein the bike's 4 wheels splay out to the side to face down, makes La Moto Volante resemble a rideable quadcopter in flying form. As a motorcycle, it looks a lot like Lazareth's 4-wheeled LM847, where the LMV496 design takes its inspiration.

For driving the LMV496 has an electric engine able to go 100KM per charge. Turbines give it the power to take to the air - around 1300HP for 2800N of thrust - and a kerosene tank covered by the bike's Kevlar carbon composite body allows it about 10 minutes of flight.

UD Replicas makes some sick motorcycle suits, agreed? But although many send happy rushes of dopamine through our bodies during viewing, actually wearing them for anything but Halloween or Comic-Con could come across...