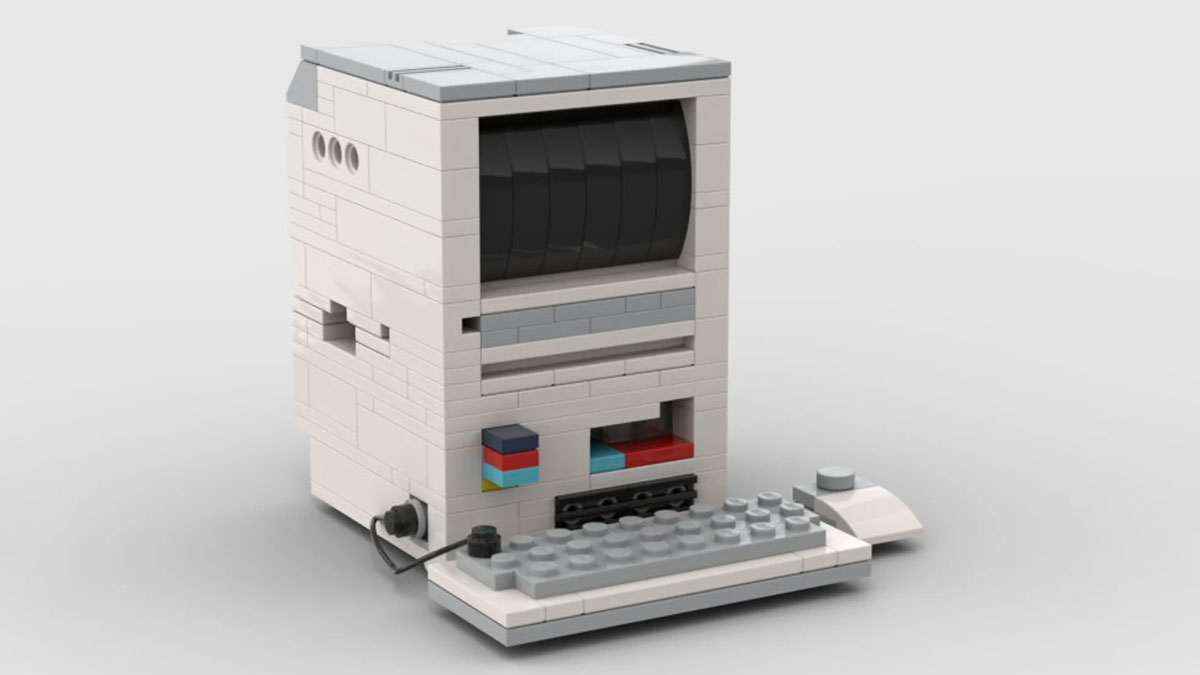 All LEGO sets present their builders with a puzzle of sorts, but cheat3 Puzzles levels up the process with their LEGO Puzzle Boxes. The brick formations arrive assembled, and in your choice of Easy, Medium, or Hard difficulty ratings, but the challenge here isn't to build your own LEGO creation, but to get "prizes" to pop out of the one cheat3 has designed.

Some LEGO Puzzle Boxes can hold actual prizes, such as a gift card, but others simply contain LEGO money bricks your goal is to make pop out of the sides of the box using included poker tools to shift and rearrange the bricks surrounding them.

Most cheat 3 LEGO Puzzle Boxes contain a few hundred LEGO bricks, assembled into larger brick boxes. But a few, such as the 1984 Mac Computer featured above, bring some whimsy and nostalgia to the puzzle game. At 2.5" x 2.75" x 3.75", this Puzzle Box also makes a great desk toy. So does the Vending Machine Puzzle Box, which contains 8 snacks and 8 different hacks to retrieve from inside.

According to maker Paladone, the Star Wars Death Star Maze lets puzzle solvers "follow in the footsteps of Luke, Leia and Han Solo by defeating the mighty super-weapon." And if you fail? Guess you'll still be stuck inside...

Flux is metal and magnets, geometry and physics. Flux is for ye who fidget and ye who do tricks. Flux is a bringer of zen relaxation, party conversation, and experimental demonstration. Flux is a physics-based toy made...

Oh, Dad. You're such a sage. A simultaneous student and master of life. Willing pawn of the golf course, declared slave to the fishing pole. A magnate at the office, a maestro on the grill. Cigar aficionado, connoisseur...

Talk about usable art. Justin Nevins' Cryptex Security Boxes might be the most compelling pieces of Keep Your Mitts Off My Stuff I've seen all year. Tactical shelving and hidden doors include

Look, it's Marilyn Monroe! No, wait, it's Andy Warhol! No wait, it's a super disturbing mashup of the two because I put my WoodfloW double-sided kinetic wood puzzle together wrong!...

Escaping a box sounds like about the worst task ever to me. I can't even watch David Blaine do that shit without needing a Xanax. Luckily, Cluebox doesn't require one to crawl inside its 4.7" cubed birchwood walls to...

The Best Jigsaw Puzzles to Do When You're Stuck at Home

If you weren't into jigsaw puzzles before, maybe these enthralling jigsaw puzzles will change your mind. Or maybe being stuck at home, antsy, bored, anxious, and unable to leave, will be the thing that gets your ass off...