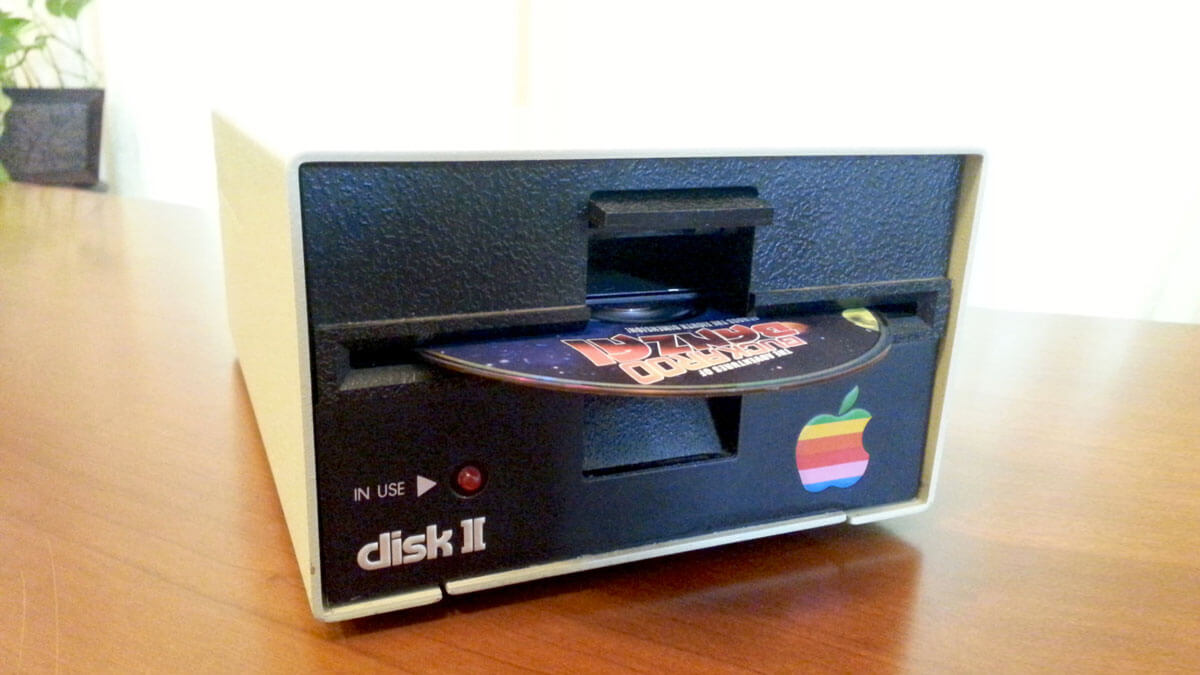 Need a gift for a teen...in 1983? This retro Blu-ray / DVD Drive slipped inside an Apple Disk II case is a piece of art, a piece of history, a piece of nostalgia, and a sweet way to watch the Alien Anthology in HD all in one.

Etsy shop Retro Connector repurposes real Apple Disk II 5-1/4" floppy drives in this mashup of Wozniak's finest and...who invented DVDs and Blu-ray?...whoever invented DVDs and Blu-ray's modern upgrades. Pretty simply, a USB 3 Blu-ray drive replaces the guts of an Apple Disk II - one Retro Connector has already, or your own that you send in - to create a sweet and functional throwback desktop display.

The updated case has new USB and power plugs on the back, but is otherwise unmodified, right down to its spring-loaded door drive hinges and the blinking disk activity LED.

Retro Connector uses Disk II floppy drives that are no longer worker, but in good physical shape to create his Blu-ray DVD cases. The USB 3 Blu-ray drive can also read and write CDs and DVDs.

All of the coolness, none of the coolant. This Retro Coca-Cola Vending Machine Storage Cabinet provides nostalgics with the best of both worlds, bringing the classic aesthetic of Coke brand vending machines of the 50s...

While the Nokia 6310 has always been a brick phone rather than a flip phone - and you know how I love me some flip phones - Nokia's 2021 upgraded rerelease of this mobile classic still sends my heart aflutter. Dudes...

Next time your kid - or anyone you know under the age of 30 - wishes for a new phone, whip them up a Rotary Cellphone, and be like, "Wish granted!" Then sit back with some Boom Chicka Pop and watch them try to figure...