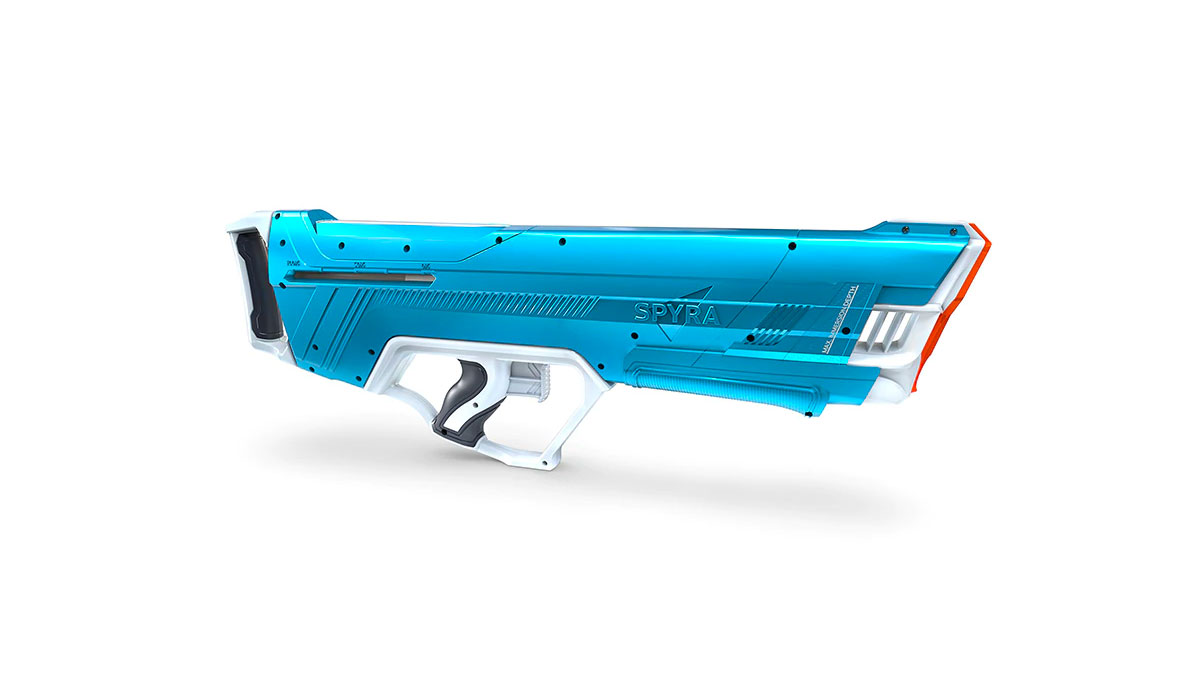 The SpyraLX mechanical water blaster is a next-generation...regression, if you will...of Spyra's SpyraOne and SpyraTwo water bullet water guns. The originals are most excellent weapons of mass pelting and drenching, able to hit targets between 30' and 45' away, depending on the kind of power you use. But the power of the SpyraOne and SpyraTwo lies in...their power. Both require batteries to operate, and the batteries require recharging, and if you forget to re-juice between battles, or the battle goes on longer than the battery, well. That's where the SpyraLX gets its shot.

Instead of battery power the SpyraLX uses human muscle power to generate its SpyraBlast bullets. Pump the gun to unload your blasts, and when you run out of ammo, dip the front of the SpyraLX into a vat of water to refill and repressurize in just a few seconds. Yeah, it's a little more work, but this way the fun, and the siege, stop only when you do.