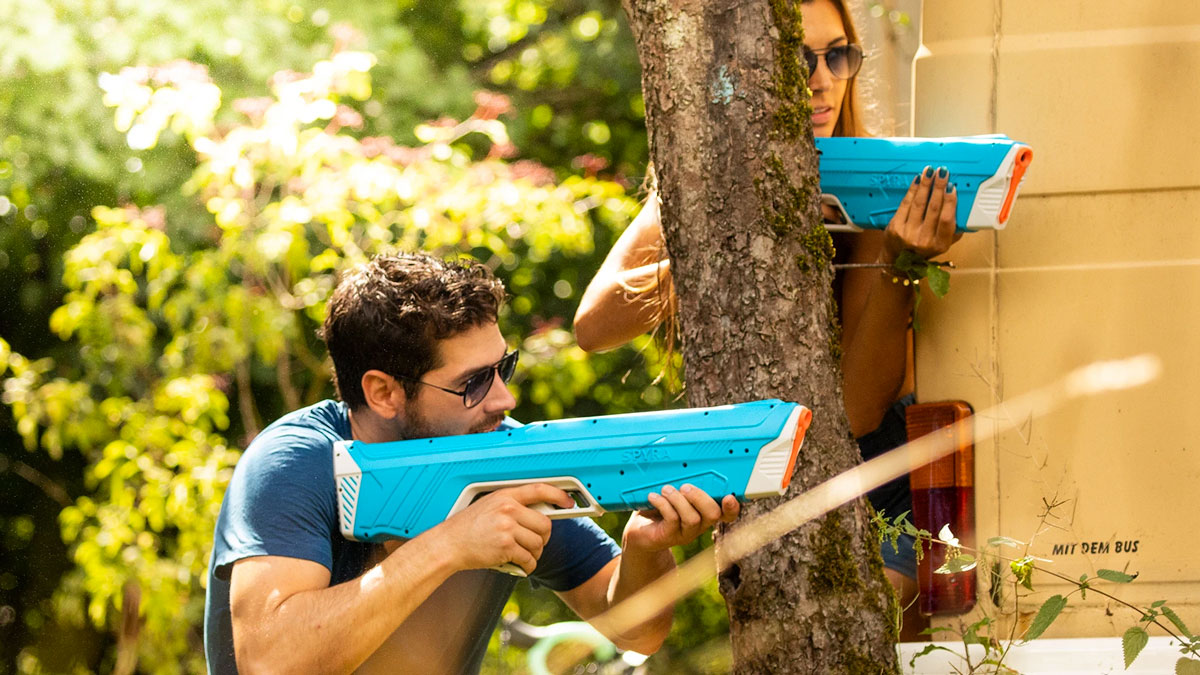 The SpyraTwo water gun, a follow-up to the successful SpyraOne, is a water battler that replaces the streaming shots of other water guns with a powerful 30mL "water bullet." Why pelt your friends with horizontal raindrops instead of the tried-and-true Supersoaker surge? SpyraTwo puts the force of German engineering and a rechargeable li-on battery behind its shots, creating an H2prOjectile firing power capable of hitting targets 30' feet away with the blaster's standard shot, and 46' away using the new Power Shot feature.

SpyraTwo upgrades from the SpyraOne include a new elongated, slimmer body design, an improved tactical display, a higher firing ratio from its fully automatic pump, and a better battery life. The SpyraTwo battery should last for 90 pumping cycles, or 2,000 water bullet shots, per charge.