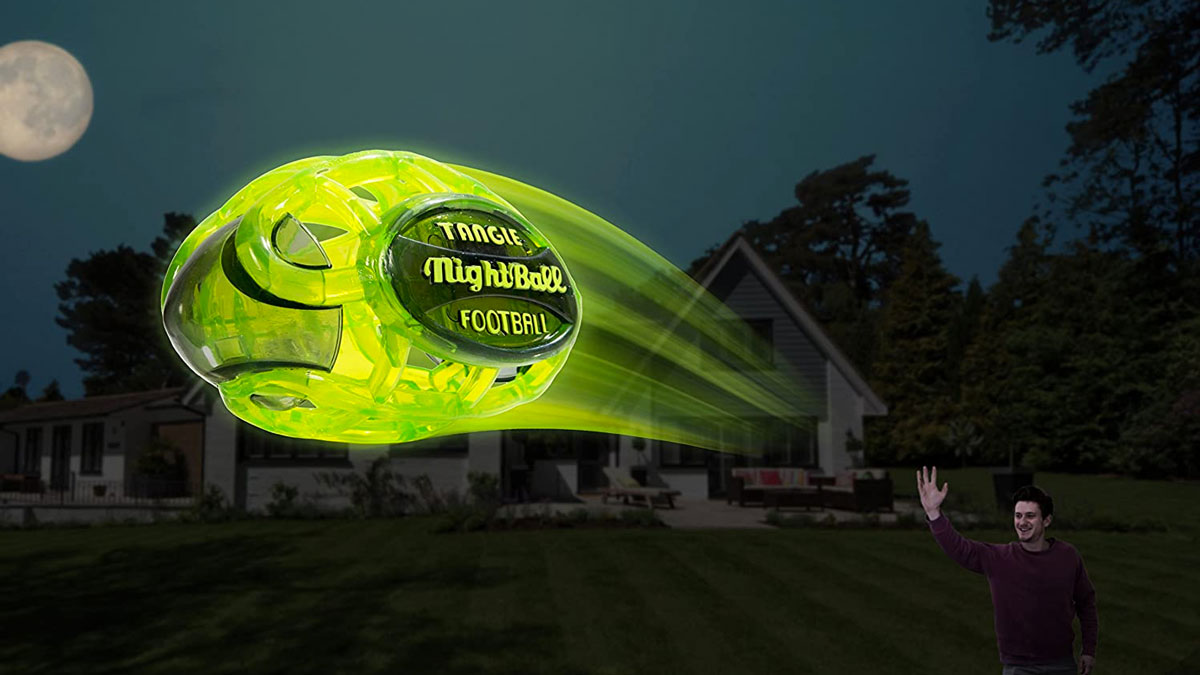 The Tangle NightBall glow in the dark LED football reminds me of the fireflies I used to catch as a kid. Except, unlike the fireflies, the NightBall wants to be caught. In fact, if it's flying at my face and I don't catch it, big problems will ensue.

Tangle Creations designed its LED football for nighttime play, with a bit of a twist. First, the ball automatically lights up, both during movement and during impact. So it's not always aglow, but should be lit up at crucial times, and enough that you won't lose track of it. What won't be lit up though, at least not by the NightBall, are you and the other people you're playing touch football or catch with. Will make for some nice sneak attacks, or head-on collisions, if you don't get yourselves some headlamps or LED vests to go with the game.

I like that the AirSilo is an electric ball pump, meaning I don't actually have to pump it to inflate my balls, and risk tiring out my arm and wrist so much I'm left with no energy to play with my balls after I inflate...

This series of Football Stadium Lights End Tables give NFL and NCAA superfans a unique way to express their team love. They're also probably the closest any fan is going to get to an actual football stadium for a good...

So I guess there's a few more football clubs of Europe than there are NFL clubs of America, huh? Yeah, I mean, I knew that before, but seeing it visualized in one of Pop Chart Labs' excellent infographic posters is almost...

I prefer to use my coffee table to play old school Nintendo, but I understand there are some out there even older school than I am who are more down with using theirs to play foosball. By the way, to those under the age...