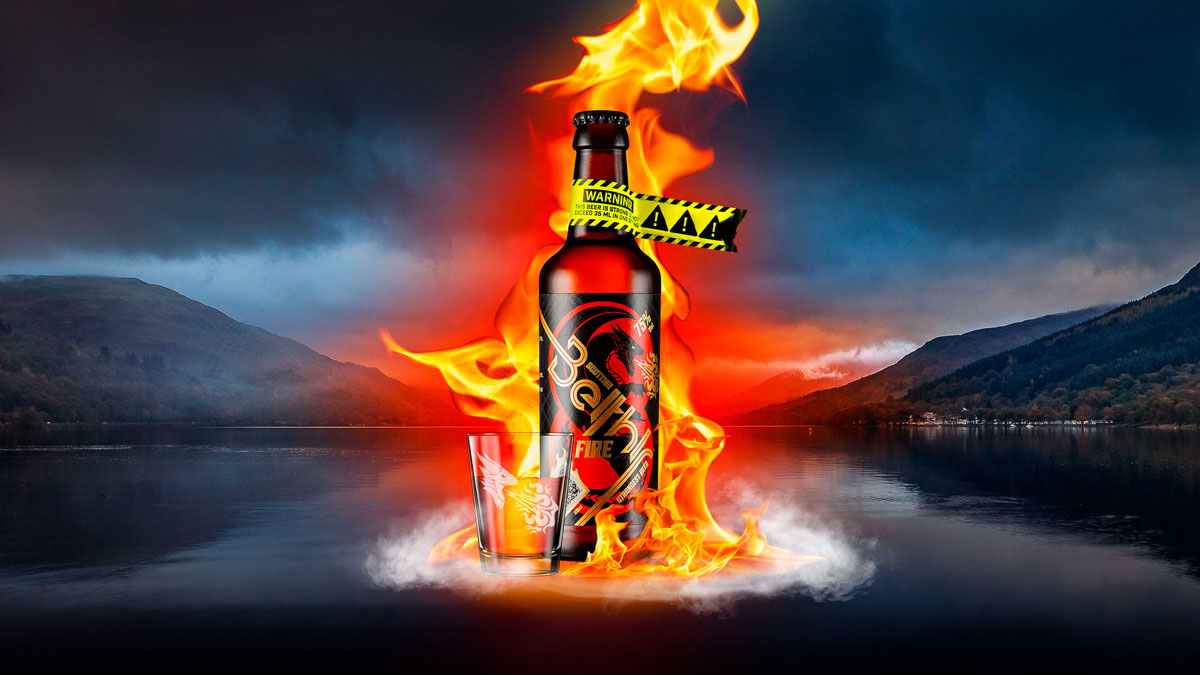 Scottish Beithir Fire is 75% ABV, or 150-proof beer. Nope, not joking. Yep, pretty sure that makes it the World's Strongest Beer, a title Scotland's 88 Brewery has now usurped from Scotland's Brewmeister, and their 67.5% ABV Snake Venom. Which previously usurped the title from the 65% Armageddon, also from Brewmeister.

Why the race to make the world's highest, most ridiculously-proofed beers? I can't say for sure, but my guess is these Scottish breweries, like myself, had some brainstorming sessions about what kind of product they could create that would make people act even more reckless and stupid than they already do. I came up with the urban scooter share program, and they came up with beers so strong a single 330ml bottle could turn anyone drinking them into a belligerent, havoc-wreaking fool.

The scooters weren't my idea.

88 Brewery doesn't have much to say about Scottish Beithir Fire, except that it's made of "a blend of pure Scottish water and the finest golden grain," and, in an effort to preserve their own integrity (i.e., avoid responsibility for Scottish Beithir Fire damage), you can't buy more than one.

Give your suds-lovin' handy man a jolt of joy with one of JoyJolt's tool handle glass beer mugs. Choose from the Crescent Wrench, Screwdriver, Hammer, Combination Wrench, or Pipe Wrench Beer Stein, and let him sip...or...

Who wants to skull a beer? The Brainfreeze Skull Beer Glass & Stand holds up to 12 ounces of your favorite brew, cocktail, sodie, or juice, pooling about half of the drink in a skull-shaped "boot" molded out of the bottom...

How do you think Miller Lite came up with Beercoal? That's right, after enough clumsy or drunken beer spills into the Weber produced the tastiest burgers and brats ever, a beer-infused charcoal became the natural next...

Are normal home brewing kits typically boring and ugly? I don't really know, as I focus more on drinking beer than making beer (best to funnel all of your energy into a single channel and dominate it!) but whatever normal...

Go big or go home could be the motto for pretty much any drinking game, but it seems especially appropriate for Wicked Big Sports' Supersized Flip Cup Game. I'm not sure if flipping a 12" tall cup will be more difficult...