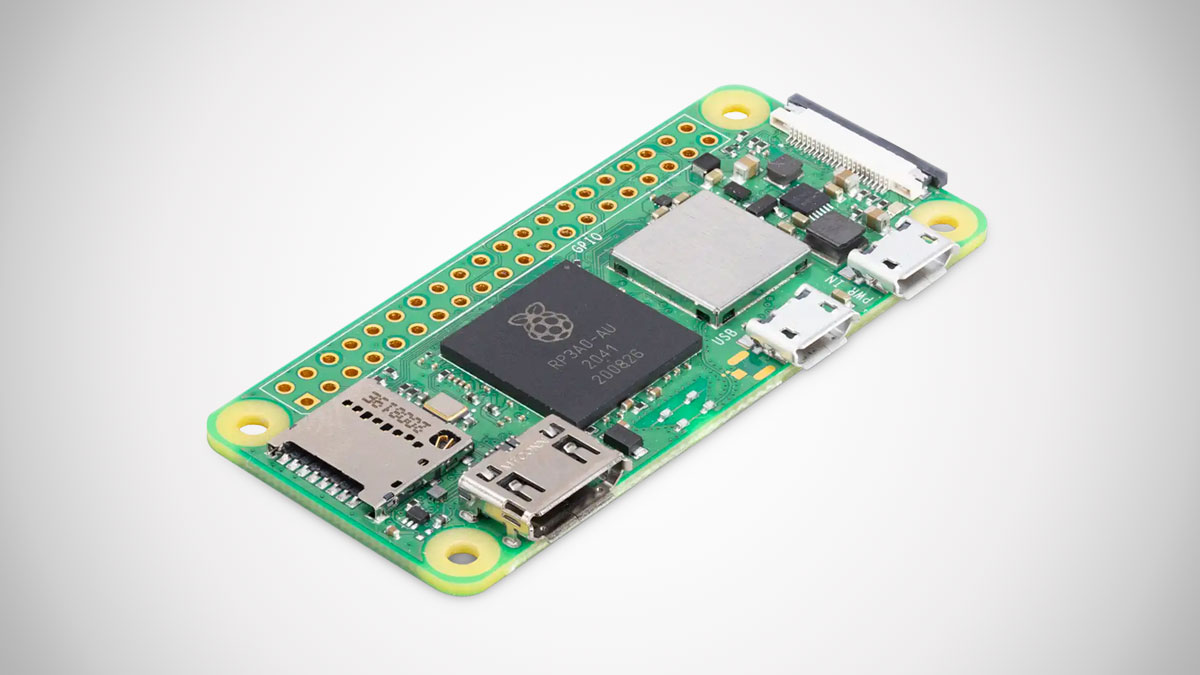 Long committed to giving programmers affordable access to computer tech, Raspberry Pi's latest release, the Zero 2 W, appears to indicate the organization is also committed to helping them learn their 5 Times Table. The original Raspberry Pi Zero came out around 6 years ago for an incredibly cheap 5 bucks. And even at 3 times that amount, I would call the latest iteration "incredibly cheap" too. In fact, if Raspberry Pi runs through the entire 5 Times Table I learned in elementary school, which stopped at 5 x 10, they would still be selling some of the lowest cost, highest quality boards for their power and, as demonstrated nicely by the Zero 2 W, size.

The highlight of the Zero 2 W is that Raspberry Pi has upgraded it with the processor from the Raspberry Pi 3, without increasing its size, which remains the same as the original Zero. Raspberry Pi founder, Eben Upton, reports, "Raspberry Pi Zero 2 W uses the same Broadcom BCM2710A1 SoC die as the launch version of Raspberry Pi 3, with Arm cores slightly down-clocked to 1GHz, bundled into a single space-saving package alongside 512MB of LPDDR2 SDRAM. The exact performance uplift over Zero varies across workloads, but for multi-threaded sysbench it is almost exactly five times faster."

Additionally, nearly all Raspberry Pi Zero cases and accessories should be compatible with the Zero 2 W.

The Raspberry Pi sets the bar, and then raises it. Twice. Bar: The Raspberry Pi is a credit-card sized computer that plugs into a TV and keyboard to produce full PC functionality in the form of spreadsheets, word processing...

Care for another slice of Raspberry Pi? The UK computer and programming hardware foundation has just released the Raspberry Pi Pico, an RP2040 microcontroller chip. Like their other Pi-namite computers and products, the...

Thanks be to the skills of Arduino, Raspberry Pi, and Purple Wires for brightening up my day with their working Tetris coffee tables. Purple Wires is the shop with the ingenuity to pair up the other two to create the...

Raspberry Pi has gotten an upgrade. The Raspberry Pi 4 is the R-Pi Foundation's effort to ensure their $35 do-it-all computer will be able to keep up with the requirements of do-it-all in 2019 as well as it did in 2012...

Simple as LEGO, powered by Pi. The Raspberry techie kind, not the 3.14Infinity kind. Or the fruit kind for that matter, but a DIY mini computer powered by flaky-crusted dessert might be the one element to rocket launch...

If you're using a USB Kill stick you're either pen-testing, trashing your old PC for recycling, or being very, very...very evil. Come on now, I know he cooks eggs in the staff room microwave, and eats beef & bean burritos...

It's a professional jiggler! No, not Santa Claus. No. Not a stripper. This is a Mouse Jiggler. And it's got nothing to do with bellies and boobies. Though, like the belly and boobie jigglers, the Mouse Jiggler is here...

I know you've been on the computer all day, and are sick of typing emails, and presentations, and explanations, and proposals, but...hello. In all lower-case cursive. Or maybe just a smiley face icon named Happy Mac...