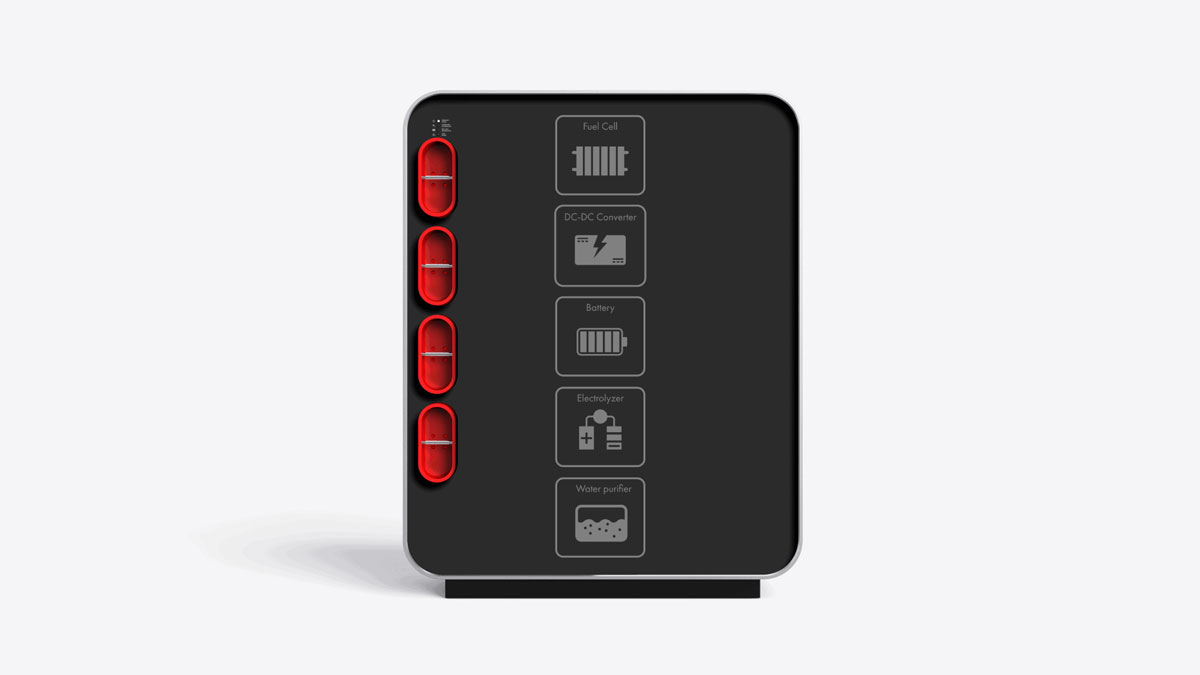 I'd like to say LAVO deserves a resounding "Bravo!" - or at least a fist bump - for becoming what its Australian creators call "The world's first integrated hybrid hydrogen battery that combines with rooftop solar to deliver sustainable, reliable and renewable green energy to your home and business." But while LAVO's 40KWh of electrical storage capacity, and green functionality are impressive, the hydrogen battery's price is still waaaay out of range for those of us who didn't get Bezos billions richer during the pandemic.

LAVO connects to a solar inverter and your water main, acting as a solar sponge to pull in power from the former, and creating hydrogen using water from the latter. Hydrogen is then stored in LAVO's patented metal hydride, where it can live long-term until you need the system to convert it into power. LAVO estimates the battery can hold around 2 days of power for the average Australian home. Which is funny because, again, the people who can afford to buy a LAVO probably do not live in the average Australian home.

Sure, Glow Rhino's tritium-studded tools will add some swagger to your EDC. But when things go dark, and the self-powered light source kicks in to glow neon bright as a beacon to your keys, your beer cap, your roaming...

I haven't heard of hydrogen water generators before, but I'm looking at the H2 USB Sport MAXX with at least a liter's worth of skepticism, wondering if this isn't just snake oil getting its atomic number 1 on. The device...

The EcoTable 30 is a portable, collapsible outdoor table that sucks up more sun than your black leather car seats, and even puts its solar power reserves to better use that burning the bejeesus out of the backs of your...

The Jackery Portable Power Station Explorer 240 is a lunchbox-sized tagalong pal for outdoor adventures that demand forms of entertainment other than the outdoors and adventures. You know, laptops, drones, your Nintendo...

Wonder if my dermatologist would approve of this kind of baking in the sun. The Sun Token is a solar vaporizer hybrid. A handmade pipe with removable glass dome, it harnesses the sun's rays to to vape your herbs and mellow...

The Sunne Solar Light promises to bring the sun indoors - after it's retired for the night. The oblong panel hangs in a window of your home, harvesting energy from the sun, and storing it in its integrated battery during...

The Solar AC Bed wants to make it a Bananarama cool (cool!) cool summer without draining your wallet or sucking excess power from the grid. This modular cot frame surrounds your existing bed and absorbs solar energy throughout...

Blinded by the light / Sucked it up like some juice / Powered my tech all through the night. SolarGaps window blinds aren't your average smart home addition. They don't just auto-open, close, and adjust based on environmental...

It's a weeding robot, not a weed robot, but the Tertill gets just as many props for helping out with the most tedious of yard work as it would for...what would a weed robot do, anyway? Roll joints and pack bowls? Turn...

While designer Lei Yang's Energy Tape, a roll of sticky solar panels, is still just a concept, the idea is based on technology that is currently available. infinityPV makes Solar Tape, flexible, printed organic solar...