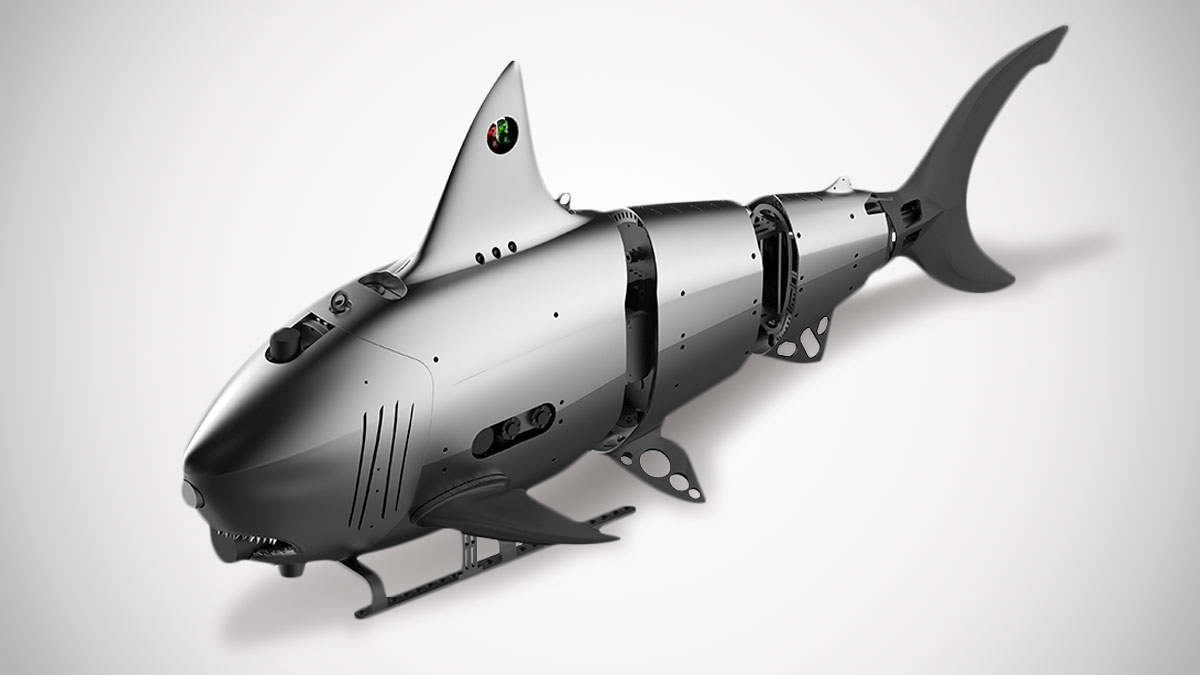 Hm deep sea data collection or underwater spy? I think the Robo-Shark could go either way. Creator RoboSea, though, is sticking with the former in its description of the forthcoming "professional tool."

A bionic robotic platform modeled to both look and move likes its namesake, the Robo-Shark can navigate the ocean at speeds of up to 10 knots (11.5MPH), and swim to depths of up to 300 meters (almost 1,000'). According to RoboSea, the Great Black Drone also does all of this in near silence, thanks to a sound-absorbing shell and motion generated by a 3-joint caudal fin rather than a propeller. The latter feature also reduces power consumption, allowing Robo-Shark to roam at your behest for around 2 hours per charge (and at a range of 1 to 1.8 miles.)

Additional Robo-Shark features include an onboard omnidirectional obstacle-avoidance system, and internal space for carrying add-ons and cargo. The Robo-Shark is about 3.3' long and weighs over 130 pounds.

And you thought your socks went missing before. Good luck getting any of them back from the Shark Bin. I heard he also likes dirty underwear, and I gotta think Crotchless Yoga Pants are up there too...