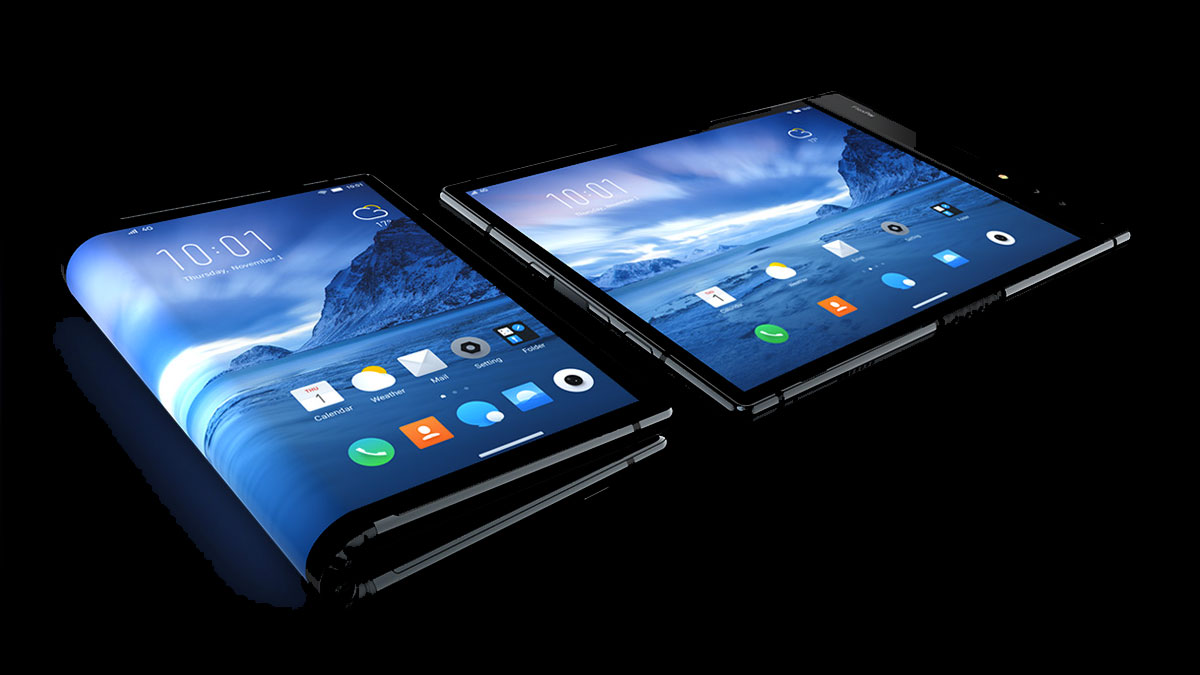 I was thinking this folding smartphone anticipation wouldn't be over 'til the fat lady Samsungs, but with their FlexPai smartphone it looks like Stanford-grad-run Royole is as close to a bendy device release as the obese electronics giant. In fact, if you're jonesing real hard for folding phone-tablet hybrid, you can order a developer's model of the FlexPai in 128GB or 256GB from Royole right now, with fulfillment beginning in December 2018.

If the Royole name sounds familiar, it's probably because they're also responsible for the Moon 3D mobile theater and the RoWrite smart writing pad. Both are neat, generally well-received tech, but also products that appeal to a smaller, more niche market than a smartphone with an ultrathin, fully flexible display. I'll be curious to see whether or not the FlexPai delivers on its hardware and performance, and if Royole can keep up with updates and next gen versions once they start getting developer package feedback.

At this point, here's how Royole's FlexPai foldable smartphone has been designed and built:

Presumably consumer models of the FlexPai will follow in the next year, maybe less since I hear Royole released a consumer version of its foldable smartphone to customers in China in tandem with their developer models in the US.

The Snooperscope is a nifty smartphone or tablet accessory for hunters and fishermen seeking night vision. Athletes seeking to capture their accomplishments in the dark. Ghost hunters seeking validation of their obsession...

The RoKit from foldy smartphone designer Royole is a flexible electronics development kit with an open platform, designed for makers to help Royole improve their technology and product offerings...

Framed artwork made of broken-down old phones and obsolete electronics (elderly and wizened gadgets, if we're being polite to the generations that came before us.) Now that is a piece of home decor I never knew I always...

A couple of years ago, Sphero became the first robotic ball gaming system maneuverable through a tilt, touch, or swing from connected smartphones or tablets. Sphero can roll on tabletops, serve as a handheld controller...

What is this, a smartphone for my smartphone? No? You mean I'm supposed to hold this Jelly, this...this...thing that's no bigger than a pack of peanut butter crackers, in my own giant manhands, and use it to talk and...

Oh hey, a switchblade phone case. A phone case with a sharp 4" blade that flicks! right out of it. That's going to go over well with 100% of knife collectors, EDC fiends, and OGs, and 0% of law enforcement officials...