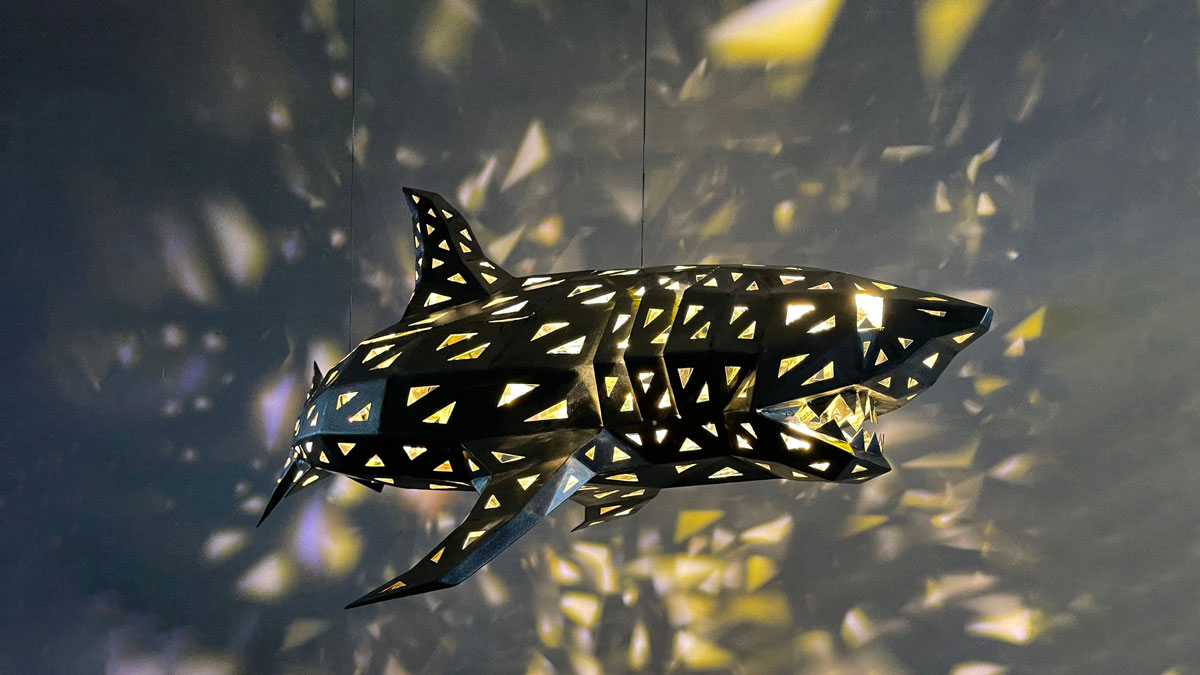 Who wants to swing from this chandelier? Brody? Hooper? Ian Ziering? Though the geometric shark chandelier from Martin Taylor of Chromaforms isn't so much a shark chandelier as it as an LED-lit shark sculpture, but where better to hang it than over the dining room table? A constant reminder to be grateful that you're eating dinner rather than being eaten for dinner.

The sculpture's geometric metal design, with cutouts that allow the LEDs within both to shine through and refract off the metal facets, also produce a lighting effect and reflections onto surroundings reminiscent of a disco ball. Lights off, blinds down, it's shark party time! Who's having a Shark Week rager?

Taylor notes the electronics that illuminate his geometric shark sculpture are water-resistant, so you can mount it outside as well as inside. Maybe under the deck overhang to scare away the flies and mosquitoes. Or the front porch roof to scare away the package thieves.

Land shark! Or at least the scariest part of the shark now available to tear into human flesh on land. Dane Kealoha's shark tooth weapons style themselves after traditional blades and blunt implements with walloping power...