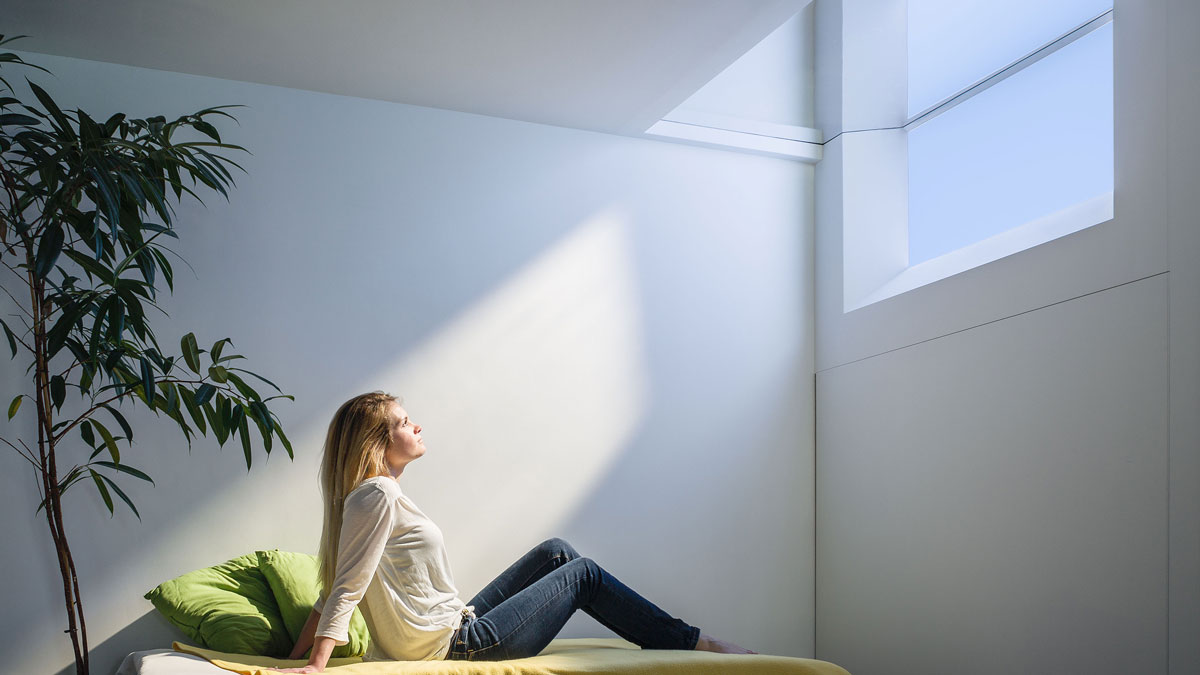 If it looks like a skylight and emanates like sunlight and makes you feel like you're on a snow white beach in the Mediterranean when you close your eyes, but you know in your heart it's all an illusion of technological trickery, can a CoeLux artificial skylight still bring you happiness on a cloudy day? Energy in a boxed-in meeting room? Total relaxation in the tub?

I'd be willing to give it a shot if someone wants to pony up the $65K it would take to buy and install one in my ceiling.

Yes, the cost to replicate Mother Nature this precisely is inordinate. It's almost as if CoeLux created their true effect skylights for the extremely narrow demographic of dudes who made a killing in the tech industry, retired at 40, and now spend most of their hours playing video games in the basement. Every once in a while they consider going outside, but that would mean leaving the basement and, oh hey! CoeLux just offered to bring the outside in for barely a drop in their net worth bucket.

I suppose companies with similar disposable incomes and cavernous offices could install CoeLux skylights too.

The lights come in 4 different styles, each with the intent of mimicking natural sunlight, a blue sky, and "its infinite depth." In addition to ambient lighting, CoeLux installations contain a focused burst of "sun" that shines through the opening and onto your ceiling or wall.

Muchas danke to Bless This Stuff.

I really appreciate how un-stuffy and...cheeky the Brits' sense of humor is. Sorry, humour. For example, I'd like to give whomever created this lamp a big slap on the back to show my admiration. And then a big approving...

Industrial design firm 608 Design and architectural design firm BLDG Workshop teamed up to build the Bunkie, a portable, eco-friendly, prefabricated retreat structured such that the Big Bad Wolf will pop many a cranial...

This Clearview Window Bird Feeder is pretty neat, especially if you've just entered middle age (indicated by your spontaneous need to identify and monitor all birds, squirrels, rabbits, and other fauna that inhabit your...

When Mother Nature throws darkness, you throw Olight. And when some dude in the park throws shade about your obnoxious flashlight, you...don't even notice because the Warrior X Turbo is throwing a full 1,100 lumens of...

Throw shade 'til you black out, and sleep well at night because of it. These smart electric roller shades are made of 100% blackout material, and custom sized to fit any windows in your house. Put them in the bedroom...

Never thought my next stress toy would be a light bulb, but these flexible, shatterproof light bulbs from IncrediBulb are squeezable and squishable enough to earn a spot right next to my Pick 'N' Peel Stone and <a...

My wife is a squeegee fiend. A squee. gee. fiend. Sometimes I think she stands outside the bathroom door when I'm showering, just waiting for the moment she hears the water turn off so she can burst in and demand, "Did...

Into the Woods Projection Light

Due to its being dramatic and showstopping and incredibly F'ing rad, Hilden & Diaz's Forms in Nature forest projection light sculpture has earned viral popularity this week. To the point that the artists are planning...

As bright as Einstein, as efficient as the French. NanoLeaf is the world's first light bulb to reach--and hold--1600 lumens of output using only 12 watts of electricity. That's the equivalent of a 100W incandescent bulb...